No products in the basket.
£0.00 Basket
Menu
Menu

Please keep an eye on the website over the next couple of weeks. All areas will be going live including the Adjudicators and Speakers. No competition submissions can be made until the 16th of October when the forms will become ‘live.’

There will be no filming, videos or streaming this year as the Conference will very much be a live event at the Westerwood. Therefore if you want to experience the conference to the full then the best way is to register now and secure your place at the hotel.

Looking forward to meeting everyone again in person.

Vaseem Khan is the author of two crime series set in India, the Baby Ganesh Agency series set in modern Mumbai, and the Malabar House historical crime novels set in 1950s Bombay. His first book, The Unexpected Inheritance of Inspector Chopra, was a Times bestseller, now translated into 15 languages.
The second in the series won the Shamus Award in the US. In 2018, he was awarded the Eastern Eye Arts, Culture and Theatre Award or Literature.
Vaseem was born in England, but spent a decade working in India. In 2021, the first book in his Malabar House series, Midnight at Malabar House, won the Crime Writers Association Historical Dagger, the world’s premier award for historical crime fiction. 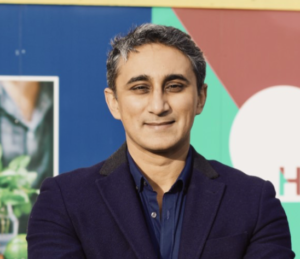 Everyone has a book in them. Unleash your creative spirit by joining a writing group.